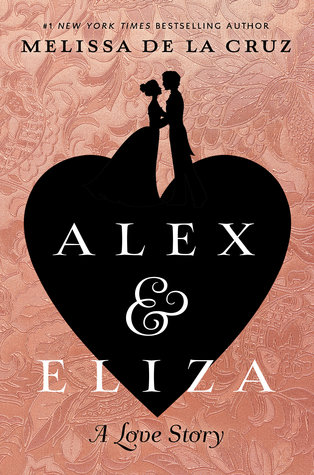 Alex & Eliza: A Love Story by Melissa de la CruzSeries: N/APublished by G.P. Putnam’s Sons Books for Young Readers on April 11, 2017Genres: Young Adult, Romance, Historical FictionPages: 336: ARC editionSource: Sent to me via the publisher in exchange for an honest reviewAdd to Goodreads

From the #1 New York Times bestselling author of The Witches of East End and The Descendants comes the love story of young Alexander Hamilton and Eliza Schuyler.

As battle cries of the American Revolution echo in the distance, servants flutter about preparing for one of New York society’s biggest events: the Schuylers’ grand ball. Descended from two of the oldest and most distinguished bloodlines in New York, the Schuylers are proud to be one of their fledgling country’s founding families, and even prouder still of their three daughters—Angelica, with her razor-sharp wit; Peggy, with her dazzling looks; and Eliza, whose beauty and charm rival that of both her sisters, though she’d rather be aiding the colonists’ cause than dressing up for some silly ball.

Still, she can barely contain her excitement when she hears of the arrival of one Alexander Hamilton, a mysterious, rakish young colonel and General George Washington’s right-hand man. Though Alex has arrived as the bearer of bad news for the Schuylers, he can’t believe his luck—as an orphan, and a bastard one at that—to be in such esteemed company. And when Alex and Eliza meet that fateful night, so begins an epic love story that would forever change the course of American history.

Disclaimer: I’ve never watched/listened to Hamilton. I know, crazy! That aside, I still really enjoyed this book. Probably even more so, since I was able to wholly enjoy it for being its own entity and not one that was shrouded in the Broadway production (at least for me. I would still definitely recommend this to those of you who have seen/listened to it, because you will have a vastly different reading experience than me).

It’s also been a really long time since I’ve read any historical fiction set in this time period. Melissa de la Cruz, once again does an excellent job of weaving together a story that is unlike anything that has come before it. And historical fiction is no easy feat to write! Staying historically accurate but also making the story entertaining and relatable, oof. Difficult.

But there wasn’t a moment here where I felt too bogged down with information or romance. I really liked the blend between the two and I was transported into this entirely different world than that which I’m currently living. Something that always stands out to me in books. If I can forget my surroundings for awhile, then obviously something right is being done here.

If you’re looking for a book that will take you back in time while featuring sass, romance, and intrigue, then definitely be sure to pick up Alex & Eliza once it hits shelves in April!

“‘Husband season is open. The hounds are on the loose.’

Eliza’s face brightened. ‘A good thing, then, that I have no intention of being a fox!’

“But emotions were not the stuff of stitchery or recipes. She believed it was impossible to know what they would make until all the elements were right before her eyes.” 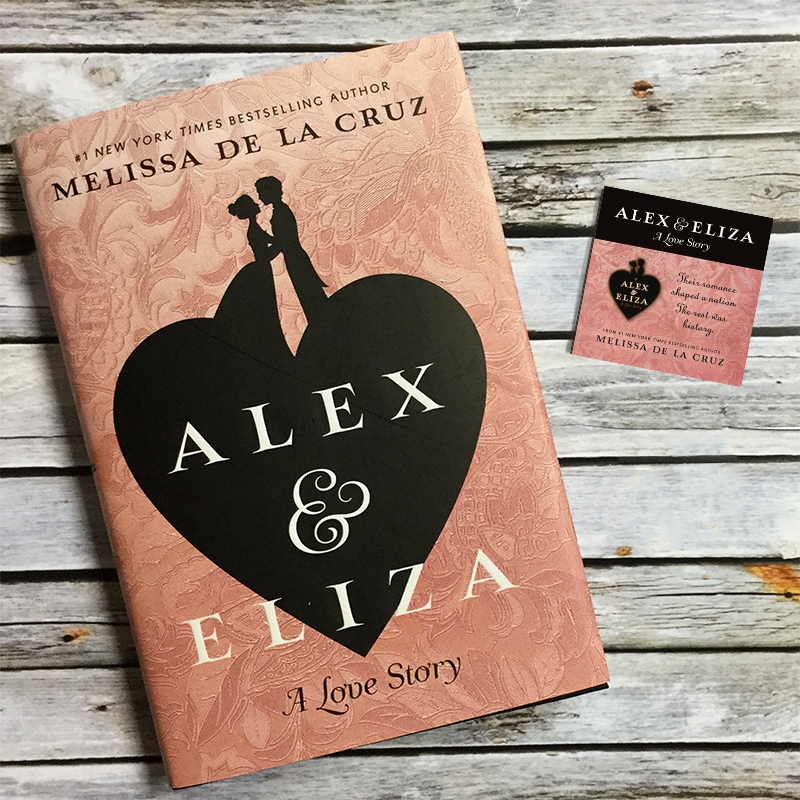