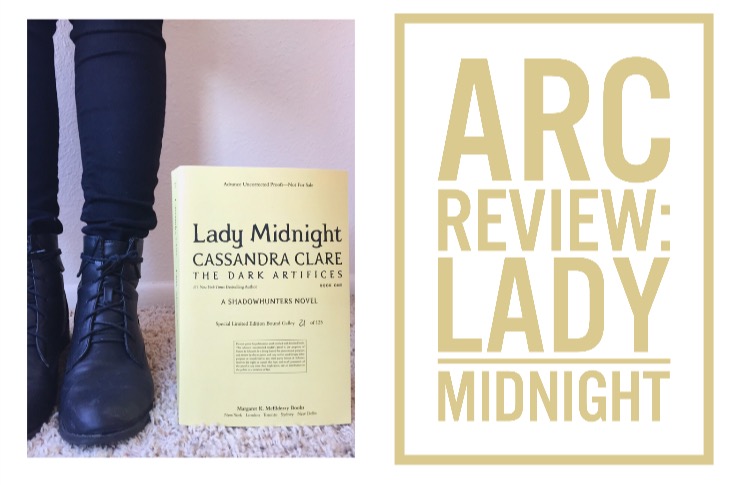 The Shadowhunters of Los Angeles star in the first novel in Cassandra Clare’s newest series, The Dark Artifices, a sequel to the internationally bestselling Mortal Instruments series. Lady Midnight is a Shadowhunters novel.

It’s been five years since the events of City of Heavenly Fire that brought the Shadowhunters to the brink of oblivion. Emma Carstairs is no longer a child in mourning, but a young woman bent on discovering what killed her parents and avenging her losses.

Together with her parabatai Julian Blackthorn, Emma must learn to trust her head and her heart as she investigates a demonic plot that stretches across Los Angeles, from the Sunset Strip to the enchanted sea that pounds the beaches of Santa Monica. If only her heart didn’t lead her in treacherous directions…

Making things even more complicated, Julian’s brother Mark—who was captured by the faeries five years ago—has been returned as a bargaining chip. The faeries are desperate to find out who is murdering their kind—and they need the Shadowhunters’ help to do it. But time works differently in faerie, so Mark has barely aged and doesn’t recognize his family. Can he ever truly return to them? Will the faeries really allow it?

Let’s start this review/discussion with a couple prefaces to set the scene for you.

I have never been a huge fan of any the Mortal Instruments/Infernal Devices series’ mostly because I avoided the hype of both of them for 9 years (and counting) and I could never get invested into the storylines. I owned almost the entire series for years and it just stood on my shelf collecting dust. I never watched the movie, the TV show, and I won’t. Yes, it was a huge honor to receive this ARC from the publisher and I thank them generously for taking the time/money to send it to me, but I stopped halfway through because of some ethical issues that I will try to tackle here in this post.

I read (and reviewed) City of Bones a few weeks ago and was told my numerous people that it wasn’t that great, but I had to continue reading to really get into the series. Not having the time to do so (as I am a college student who is still approaching finals), I read through the story plots on the Shadowhunters wiki pages. These were pretty informative and helped me understand the gist of the series so that I could jump into Lady Midnight and get my review done.

Flash forward almost three weeks later and I still can’t get into Lady Midnight. The action scenes felt dull, the story itself should probably be 200 pages shorter than it is, I didn’t connect with the characters, and it stressed me out having to read it. I’m not kidding. I would come home from class and see it sitting on my desk, and it stressed me out having to think about reading it and reviewing it, knowing that there was such a huge fan base behind the series. Eventually, I had to hide it in another room so it would stop staring at me and shouting “Read me! Love me!”

The past week alone has given me such guilt about not liking the series and worry about being attacked by the fandom that I even became stressed thinking about writing this review. An over exaggeration? For me, no. For others, maybe.

The past two weeks I have also been hearing reports here and there about some plagiarism scandals surrounding Cassandra Clare and the series. So, not wanting to jump to conclusions, I did my research. I read the court documents that cited what Sherrilyn Kaye was accusing Cassandra Clare of, I found examples of plagiarism from other works, and I read other opinions on the entire matter. As someone who works in my University’s Writing Center, I ethically could not continue reading this series, nor will I pick up her other works (I only recently bought some because I thought I would be able to attend an author signing for her).

So, this leads me to my current predicament and something that has been tumbling around in my mind for awhile. Yes, this may offend some people, and I’m sorry about that if you genuinely do like the series/works. However, as I said before though, I was never a fan of the series, I don’t see myself becoming a fan of the series because I’m over paranormal books, and I cannot ethically support this author.

But, what is the book blogger community if not honest? We are all allowed to have our opinions. It is not my end goal to go shouting my opinion all over social media nor do I stand for author bashing; this is just an honest portrayal of my feelings, something that I am entitled to.

For now, I’ll quietly purge myself of these books, and fade away so that others can enjoy the series as they see fit.