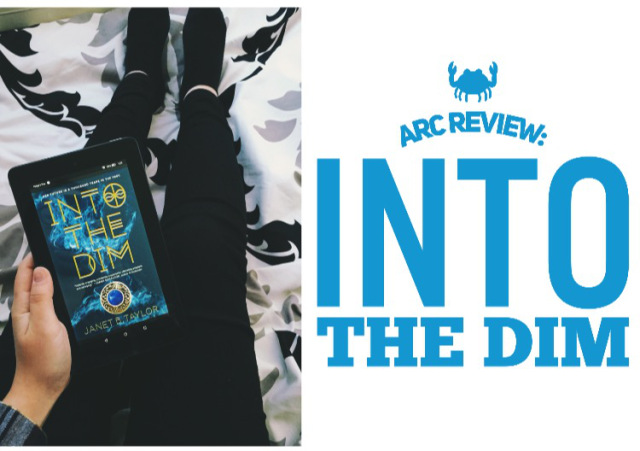 Into the Dim by Janet B. TaylorSeries: Into the Dim #1Published by HMH Books for Young Readers on March 1, 2016Genres: Young Adult, Fantasy, Time TravelPages: 432 : e-ARC editionSource: Received an ARC from the publisher in exchange for an honest reviewAdd to Goodreads

When fragile, sixteen-year-old Hope Walton loses her mom to an earthquake overseas, her secluded world crumbles. Agreeing to spend the summer in Scotland, Hope discovers that her mother was more than a brilliant academic, but also a member of a secret society of time travelers. Trapped in the twelfth century in the age of Eleanor of Aquitaine, Hope has seventy-two hours to rescue her mother and get back to their own time. Along the way, her path collides with that of a mysterious boy who could be vital to her mission . . . or the key to Hope’s undoing.

I thought after the catastrophe that was Lady Midnight that I could dive into something that was much more fast-paced and enthralling but…I was left disappointed again.

It wasn’t that Into the Dim was necessarily bad, I just was so uninterested with the story after finishing 21% of it. I had little care for the main character, who’s name I can’t even remember, the story, or pretty much anything. I wasn’t sucked in as I had hoped and while I think there is a good premise here, it’s not something that had me on the edge of my seat, chomping at the bit, trying to figure out what was going to happen next.

The whole thing felt like a set up for a very stereotypical YA novel. Which, you may be thinking, “what the hell does that mean?” I just felt like it was very “I’m not special” character who is special coupled with “I don’t know what all this means” when a new world is thrust upon her. I actually yawned.

Maybe I’ll give this one another go at a later date, but as of right now, I just can’t push myself to read (or even skim) any further.

The one thing this book does have going for it? Gorgeous cover!

6 Replies to “Into the Dim by Janet B. Taylor”