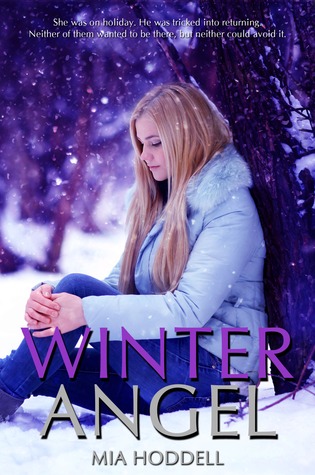 Amy wants to be back under the sun in Portugal. However, when her suggestion is overruled in favour of a skiing holiday, even she can’t turn it down. What she couldn’t have predicted is that the holiday could make her break the one, and only, rule she has: not to get into a serious relationship again.

When Amy first sees Luke, she knows something is wrong. He’s struggling to cope with everything and her need to help people makes him the perfect distraction from the cold. He hasn’t been to the Alps in five years and he swore to never ski again. But as his defences are broken by Amy’s persistence, the winter paradise begins to reawaken his desires.

However, with constant flashbacks triggering his anxiety, he’s torn, battling conflicting emotions as he becomes increasingly captivated by Amy. She has a rule though. She didn’t go on holiday to fall for someone and the last thing she needs is to ignore her own advice. Whether or not she can move past her insecurities will depend on whether Luke can face his biggest fear.

Winter Angel is a standalone novella, but is the second book in the Seasons of Change series.

Another excellent novel by Mia Hoddell! (Hey, that kinda rhymes…) With winter right around the corner, and snow already falling (like here in Colorado) this is the perfect read for the coldest season. While winter itself may be cold, Winter Angel was anything but. I flew through this in under an hour because the story and it’s characters were so intriguing and interesting to read about.

I wanted to unravel all their mysteries at once while also holding them tight and letting them know it would be okay. They all act like such real people that sometimes I felt as if I was reading someone’s diary about events that had happened some short time ago!

Amy is as hilarious as ever, and Luke is such a cutie that I loved both of them instantly. I also liked the fact that once again very real issues were dealt with, and none of it felt forced whatsoever. I can’t wait to read the next one!