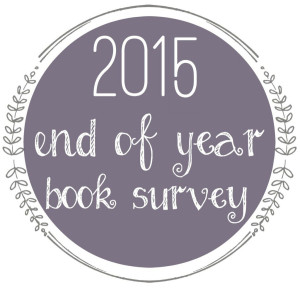 This is my first time doing the survey *sweats nervously*/*breathes heavily* and it’s hosted by Jamie over at the Perpetual Page Turner. You can find all the info here! Also all the graphics used here, are hers. Thanks for putting this together Jamie! Let’s get right into it.

Genre I read the most from: Can manga/graphic novels be a genre? If not, most likely romance since I’m a sucker for it.

2. Book You Were Excited About & Thought You Were Going To Love More But Didn’t?

Sex Criminals, Vol. 1 by Matt Fraction and Chip Zdarsky. This was such a let down. I expected so much more, especially since it’s so hyped up, and it just fell flat for me.

3. Most surprising (in a good way or bad way) book you read?

Persepolis by Marjane Satrapi. I had to read this for a Feminism + Graphic Novel class and it was AMAZING. No graphic novel (other than Maus probably) has moved me as much as this.

4. Book You “Pushed” The Most People To Read (And They Did)?

I’m constantly pushing The Book Thief on people, but seeing as how I didn’t reread that this year, I’m going to have to go with Game of Thrones. I doubt a lot of people read it because, let’s face it, that series is monstrous, but it is something that I couldn’t stop gushing about this year.

7. Best book from a genre you don’t typically read/was out of your comfort zone?

Hands down Game of Thrones. I’ve never read any big fantasy series’ like that but now I’m hooked!

8. Most action-packed/thrilling/unputdownable book of the year?

Clearly, I’m going to be brining this up a lot but it has to go to Game of Thrones again.

Saga (the entire series). No doubt about it.

All of them are stunning!

Holden Caulfield from Catcher in the Rye by J. D. Salinger. He’s so sassy! He hates everyone and everything! He’s basically me.

The first two books in the Ross Poldark series by Winston Graham were pretty awesome and beautifully written. Full of great descriptors.

Feminism is For Everybody by bell hooks and/or Persepolis by Marjane Satrapi. I had to read both of these for class, and they were quite moving.

“What really knocks me out is a book that, when you’re all done reading it, you wish the author that wrote it was a terrific friend of yours and you could call him up on the phone whenever you felt like it. That doesn’t happen much, though.” -Catcher in the Rye by J.D. Salinger

“A mind needs books as a sword needs a whetstone, if its to keep its edge.” -Game of Thrones by George R.R. Martin

Shortest: The Book of Spells by Jennifer Probst (25 pages)

Longest: A Clash of Kings by George R.R. Martin (1,009 pages) Fun fact: This is still not the longest book I’ve ever read (that would be Gone with the Wind at 1,024 pages)

17. Book That Shocked You The Most

Going to have to go with Game of Thrones/Clash of Kings (again). I mean, duh.

(OTP = one true pairing if you aren’t familiar)

AW MAN. I can’t decide one one so here are a few:

Iku Kasahara x Atsushi Dojo from Library Wars by Kiiro Yumi (The angst with these two, I swear)

Ashton x Beau from The Vincent Boys by Abbi Glines

Paige x Jordan (She shares a namesake with me, c’mon. I’ll ship her with whoever I damn well please)

19. Favorite Non-Romantic Relationship Of The Year

20. Favorite Book You Read in 2015 From An Author You’ve Read Previously

Hello, Goodbye, and Everything in Between by Jennifer E. Smith

21. Best Book You Read In 2015 That You Read Based SOLELY On A Recommendation From Somebody Else/Peer Pressure:

Game of – okay you already know by now.

25. Book That Put A Smile On Your Face/Was The Most FUN To Read?

Star Wars: A New Hope: The Princess, The Scoundrel, and the Farm Boy by Alexandra Bracken

Go Set a Watchman by Harper Lee. It didn’t make me cry, but just made me feel sad. (Going to be honest, I read more fanfiction that made me cry this year than books)

Beneath the Surface by John Hargrove. This was such a haunting read about trainers, whales, and Sea World in general

28. Book That Crushed Your Soul?

All the Words Are Yours by Tyler Knott Gregson. I love his poetry/haikus to death

30. Book That Made You The Most Mad (doesn’t necessarily mean you didn’t like it)?

GAME. OF. THRONES. That book clearly wrecked me like 12 different ways.

Um, too many to count? Here’s a couple from people that I just LOVE.

Samantha @ A History of Books Blog

Aila @ One Way or An Author

Go Set a Watchman by Harper Lee. I wrote this entire thing in the span of like 10 minutes after finishing the book.

My Books, Blogging, and Babbling post. I was in a dark place when I wrote this, and a LOT has changed since then, but I still think some of it is pretty relevant.

AUTHOR SIGNINGS. There were two that I went to this year and had SO much fun at both. The first being The Many Heroines of YA Presentation/Book Signing (which featured: Julie Murphy, E.K. Johnston, Amy Tintera, Natalie C. Parker, and Michelle Krys). The other being the Marissa Meyer signing. Both were amazing experiences and all the authors were so hilarious and generally awesome people.

Hands down, meeting so many new people on Twitter. I’ve never felt so connected to the blogging community than I have this year, and that’s all thanks to the people on Twitter who put up with my ridiculous tweets.

6. Most challenging thing about blogging or your reading life this year?

Finding the time! As a college junior with two jobs, I keep finding less and less time to read. Also, trying to figure out my balance between reading fanfiction vs. published works. I’m still trying to figure that out, let’s be honest.

7. Most Popular Post This Year On Your Blog (whether it be by comments or views)?

Any of my reviews. I’m never happy with my view count.

10.  Did you complete any reading challenges or goals that you had set for yourself at the beginning of this year?

I didn’t manage to complete my Goodreads challenge of 150 books, but I got close with 128!

The rest of the Throne of Glass series, the Lunar Chronicles series, the Darkest Minds series…I could go on and on.

Truthwitch by Susan Dennard, The Love That Split the World by Emily Henry, The Girl From Everywhere by Heidi Heilig, Assassin’s Hear by Sarah Ahiers…etc. etc.

The Love That Split the World by Emily Henry (I’m never 100% sure what constitutes a debut, since I know people kind of set their own criteria)?

4. Series Ending/A Sequel You Are Most Anticipating in 2016?

I literally have no clue. I have so many series that I need to start/finish that I don’t know what is finishing up in 2016 and which series’ are just continuing on.

5. One Thing You Hope To Accomplish Or Do In Your Reading/Blogging Life In 2016?

I hope to blog more and read more (as per usual)! I feel like I never do enough of either one so, I’m going to work on finding a balance between school, work, and reading this year.

That’s about it! Did you do a 2015 End of Year Survey! Leave a link below, I’d love to come check it out! Have a happy new year everyone!