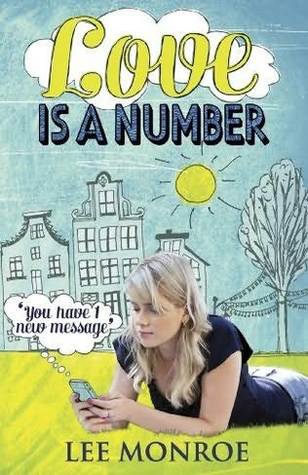 Synopsis: When her beloved boyfriend Huck dies, Eloise is wrecked. All she has left of him are the texts that he sent: short, succinct – but full of love.

They keep Huck alive. And so Eloise texts him back as if he can receive her messages from beyond the grave. She never expected to get a reply ….

Dan is travelling South America in one last hurrah before university and real life kick in.

He’s ready for love, but not of the casual kind. He’s not met a girl that’s set his world alight. But he’s ready for her when she decides to make an appearance. One night on his travels, Dan discovers an abandoned phone.

He pockets it, then forgets about it. He never expected it to ring ….

My review: I guess I don’t know really where to begin with this review. It was a really cute read, but I did have some issues with the characters which prevented me from giving it a five-star rating. I think if the characters had been better I would have liked this a lot more.

Let’s talk about our first main character Eloise. Smart, pretty, stuck-up and she knows it. Gosh this girl annoyed me. She was constantly complaining about how her mother constantly planned everything for her and never let her have a say in anything, yet she never stood up for herself! I kept waiting for a moment when Lo would do something that she wanted for herself but she never really did until the last 50 pages.

Out of this whole book the last 50 pages are what saved it, and boosted it to the four star rating that I gave it.

Now Daniel. Ugh Dan was the same way! He was constantly moping about how he was a “nice guy” and wasn’t attractive and nerdy. Oh cry me a river. Again, with Dan he redeemed himself in the last 50 or so pages.

Also, the whole book screams British, which was very cute! The way the characters talked and the different places they were going to “Uni” made me want to visit there more than ever.

I liked this book and I think the premise was really cute I just thought it kind of dragged on and on a lot. There was a lot of buildup to an ending that I thought could have been extended a little further. I feel the first 100 pages could be cut and shoved to the end so that I could see more of what happened to the pair. Oh well.

It was a cute read, but not something I will be reading again any time soon in the future.