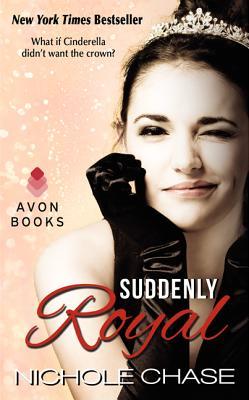 Synopsis: Samantha Rousseau is used to getting her hands dirty. Working toward a master’s degree in wildlife biology while helping take care of her sick father, she has no time for celebrity gossip, designer clothes, or lazy vacations. So when a duchess from the small country of Lilaria invites her to dinner, Samantha assumes it’s to discuss a donation for the program. The truth will change the course of her life in ways she never dreamed.
Alex D’Lynsal is trying to keep his name clean. As crown prince of Lilaria, he’s had his share of scandalous headlines, but the latest pictures have sent him packing to America and forced him to swear off women—especially women in the public eye. That is, until he meets Samantha Rousseau. She’s stubborn, feisty, and incredibly sexy. Not to mention heiress to an estate in his country, which makes her everyone’s front-page news.While Sam tries to navigate the new world of politics and wealth, she will also have to dodge her growing feelings for Alex. Giving in to them means more than just falling in love; it would mean accepting the weight of an entire country on her shoulders.

My review: I loved this book! It was one of those sickly sweet romances that you sort of knew how it was going to end but that’s alright because it has so much fluff and romance that it makes it all worthwhile. Although there was a curveball thrown in there that made me saying “What!?”

This was such a cute story though. I loved Sam and Alex and all the other characters that went along with them and who doesn’t love royalty? I liked the path this took of Sam dealing with her newfound title and she seemed so real in the way she dealt with it. I could totally see someone in real life dealing with the things she went through in the same ways.

And Alex…woo! He is one sexy and handsome prince! I was smitten with him right away just like everyone else seemed to be too! He just exudes elegance and politeness, but behind doors it’s a different story. Wink wink.

I can’t wait to read the next few novels which focus on Alex’s siblings. But they’re being released later this year so I guess I have to do a little bit of waiting. I would definitely pick this up if you’re looking for a light and fun read and if you are obsessed with royalty (as I am…)!

Also, not sure what to think of this cover. At first glance I was like alright that’s kind of dorky but I actually sort of like it. It’s got spunk and elegance just like Sam so I think it’s actually pretty perfect. I like the color schemes too.